A mini-exploration of the quality R’s random number generators.

In general, we want pseudo-random number generators (PRNGs) which have (among other things) 2 key properties:

There are other considerations (e.g. period, availability of multiple streams, jump-aheads etc), but I’m not going there (nor am I considering cryptographic security).

R has 7 built-in PRNGs. These are accessible by calling RNGkind(name) to switch the backend to use a particular PRNG. The user-facing code remains the same e.g. runif(), rnorm()

A 2007 paper which reviews many PRNGs and tests then for quality is L’Ecuyer’s TestU01: A C Library for Empirical Testing of Random Number Generators (pdf)

I’ve summarised Table 1 from this paper for the PRNGs which are available in base R. In this summary I only include the BigCrush numbers. The full version of Table 1 is included at the end of this post; 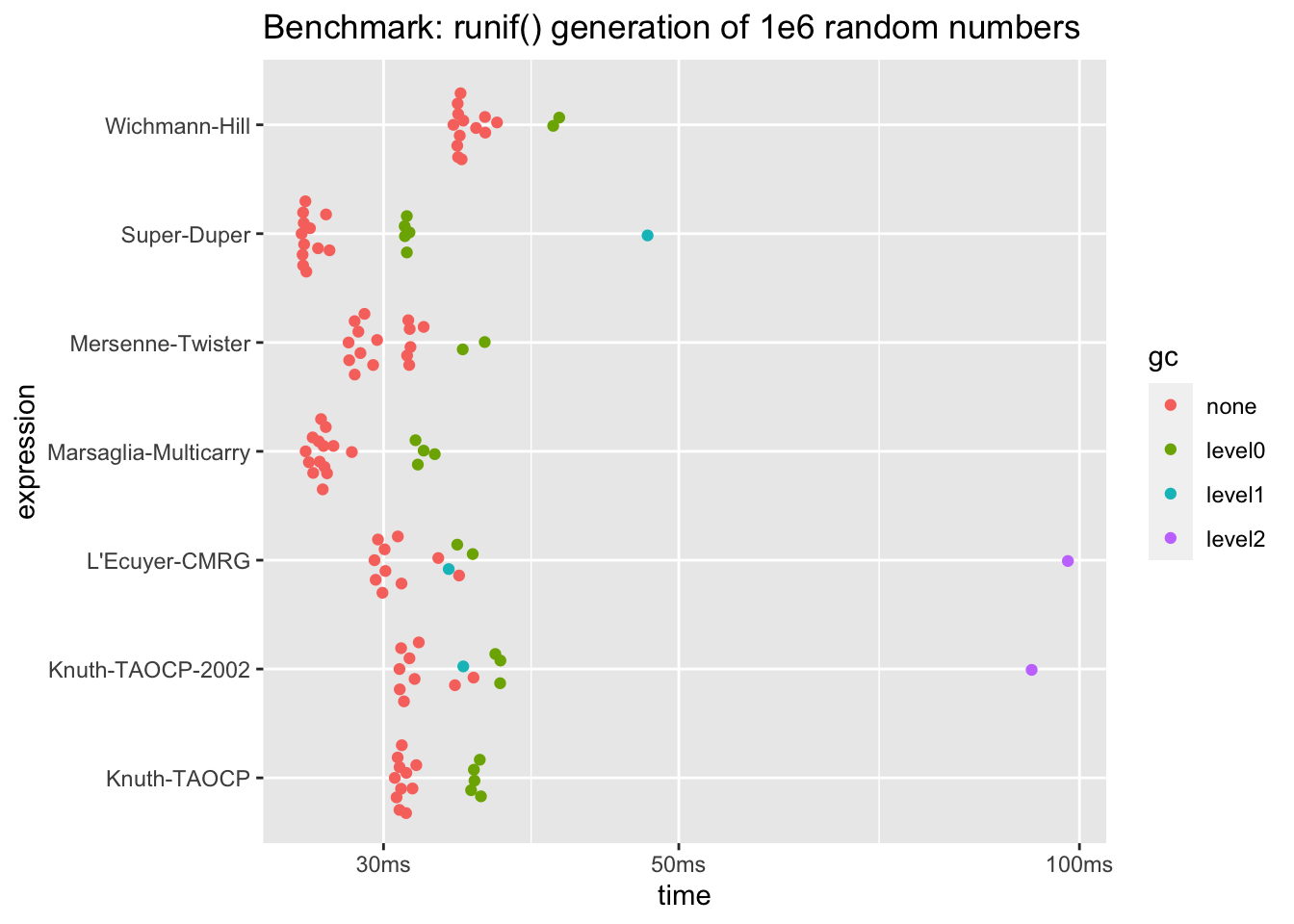 This is an extract from L’Ecuyer’s TestU01: A C Library for Empirical Testing of Random Number Generators (pdf)

How to read this table: 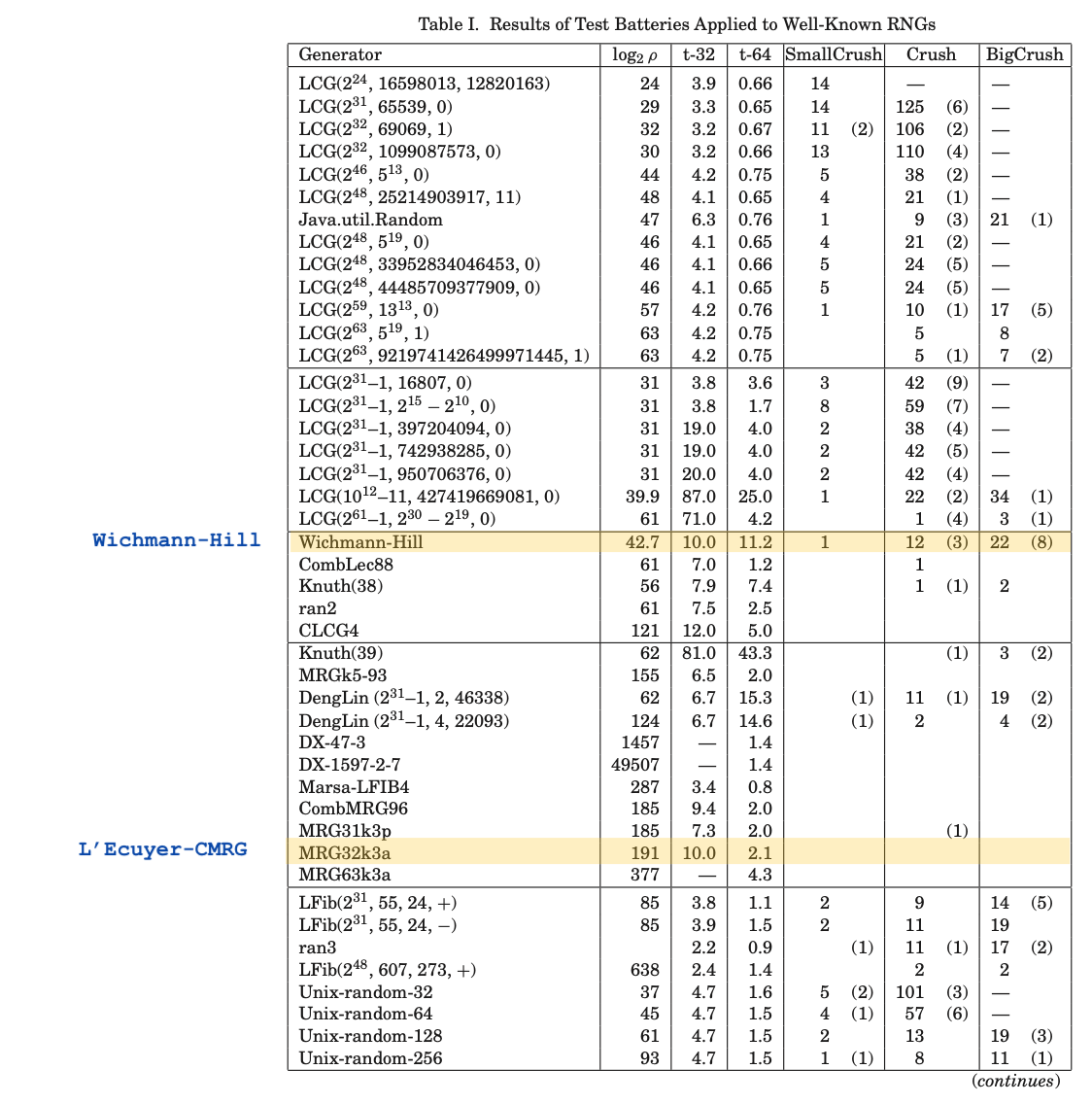 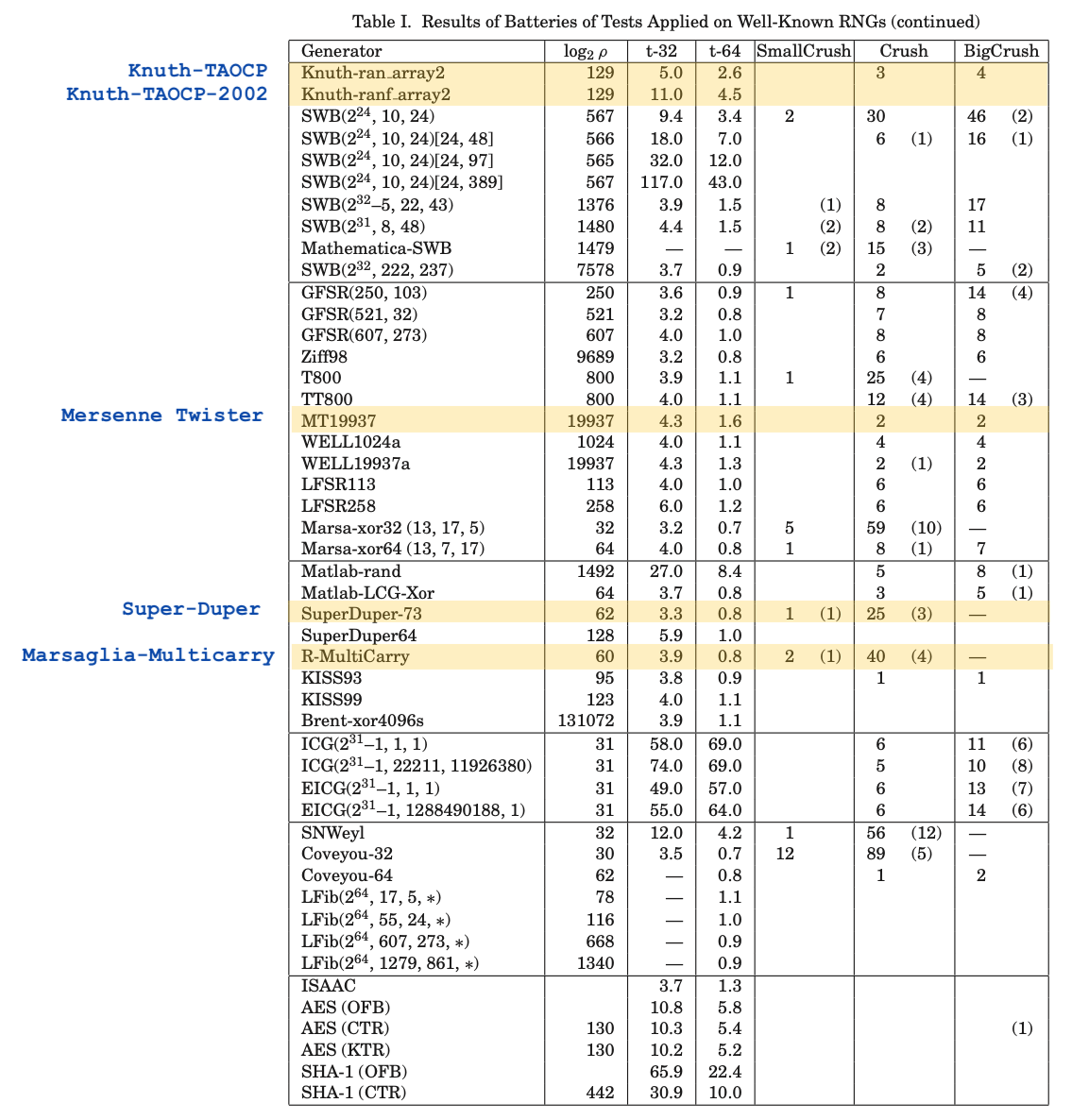