Introducing {priorityqueue} - two simple priority queues. One written in R, the other in C

priorityqueue is a package with two priority queue implementations for R: one written in C, and the other written in plain R.

Both of these are max-priority-queues i.e. “popping” from the queue returns the value with highest priority.

These priority queues support any R object. The priority can be any finite double() value.

What’s in the box

You can install from GitHub with:

Priority queues are a data-structure to store objects along with a priority with each object.

When popping a value off the queue, the object with the largest priority is returned.

I needed a data structure in R which would allow me to insert/pop items based upon a priority value - what is known as a priority queue.

I wrote a quick solution in R that met my basic needs i.e. an environment containing a list of objects and a vector of values, plus some standard functions to manipulate. This code is the basis of the rpq_* functions in this package.

I then wondered how this could be done with C, and as a learning exercise I wrote a minimal priority queue in C which supported R objects. This was tidied to be the C prioirty queue (cpq_*) in this package.

For larger queues, the C implementation can be ~10x faster and use 1/30th the memory. 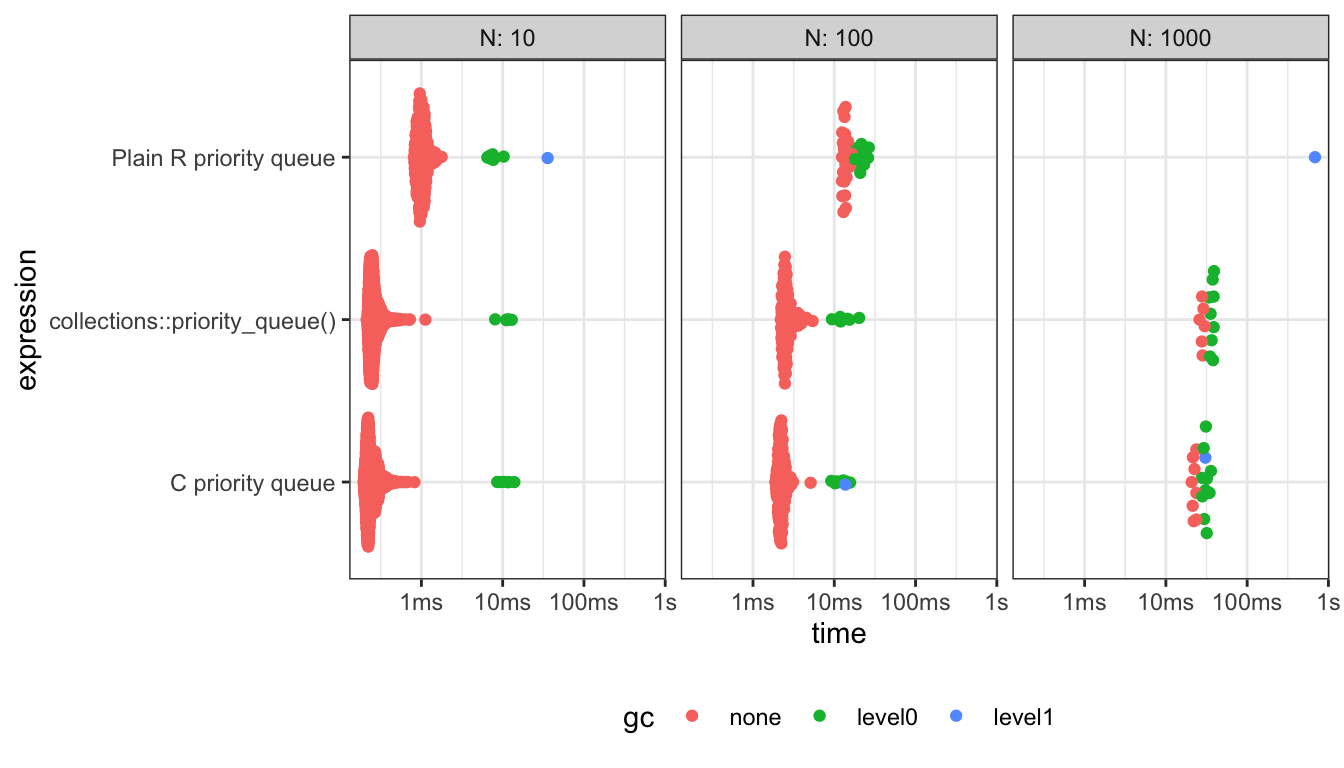